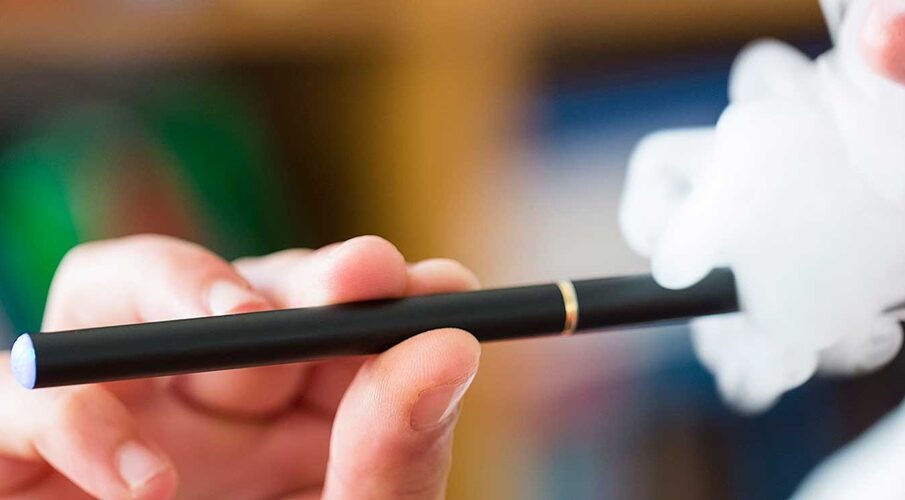 The above statement might seem a strange one but there is a relatively new development in the vaping world. It is a relatively new alternative remedy that utilises vaping as a delivery system and the results of scientific studies are showing it gives benefits to sufferers of a wide variety of ailments. This is naturally occurring substance derived from the sometimes-controversial Cannabis plant and it is called CBD oil.

So, what Is CBD Oil?

The substance in question comes in an oil form and is one of over one hundred naturally occurring compounds found in the Cannabis plant. But unlike the more well-known compound THC it does not contain any psychoactive properties which give the sensation of getting high. Once extracted from the host it is mixed with one of several different plant oils such as Coconut or Palm oil to form the finished product, it is then used as the main active ingredient in many edible products such as sweets or gummies, various skin balms and lotions and is also added to a base e-liquid to form CBD vape liquid.

The majority of vaping suppliers now have a range of CBD vape liquids in a good selection of delicious flavours similar to the usual standard e-liquids. The CBD oil used in these vapes comes in two specific forms, the first type of oil used is called Isolate and contains only CBD with all the other compounds of the host removed. Whereas the other type which is referred to as Distillate is what is called full spectrum CBD, this contains all the other compounds except for the psychoactive THC. The differences between these two aren’t yet completely understood, but the general consensus is that it comes now to personal preference after trying both types. It is best practice that vapers that are trying CBD oil for the first time start at a low-level Cbd e-liquid and progress upwards towards a higher strength oil if they have found it to their benefit.

So, Who Could Find Relief?

As the number of scientific studies into its uses continue there is an increasing amount of positive results that are showing that CBD oil is beneficial to a large number of illnesses and mental health disorders. This is due to the effect CBD has on the brain’s neurotransmitters that react when someone is having a painful episode. The below listing is by no means a full list of ailments so further research online is recommended to gain further information. Those who could benefits are the sufferers of –

As Cbd oil starts to enter mainstream use we may start to see it being advertised on both Radio and Television. Its inevitable rise will see a substantial increase in its use as studies extend the range of illness where sufferers may find relief from their symptoms. I hope this has given you a greater understanding of what might be available to you.

Cleaning Your Office Space After An Outbreak Of Covid-19